Why, and… how Fikret Abdić, pro-Yugoslav and Bosnian-Serb-friendly Bosniak who won the Presidency of Bosnia in 1990, was pushed aside by Alija Izetbegović, US backed Islamist ideolog who threw Bosnia into civil-war for independence in march 1992? 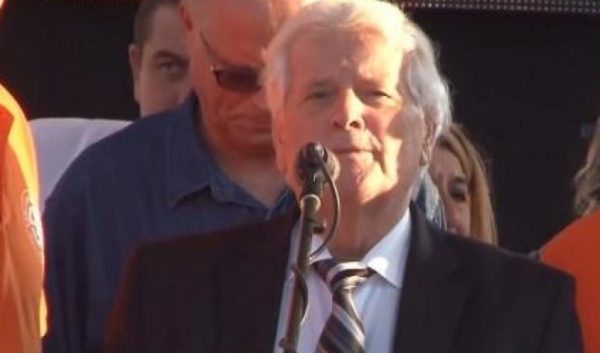 In the 1990 elections under the constitution of socialist Yugoslavia, voters needed to electe seven members to the presidency: two Muslims, two Serbs, two Croats, and one Yugoslavian.

He and his rival Alija Izetbegović ran for the two Muslim positions, and were both elected.

Abdić won more popular votes than Izetbegović, but did not assume office for reasons which remain unclear.

But he tried to come back in 1992 to assume the presidency after Izetbegović was arrested by JNA but failed and then he returned to Bihac and then Velika Kladuša.

He was in favour of compropising, making peace deals, cooperating unlike muslim leaders in Sarajevo.

We forgot to say he was Croat friendly as he maded peace deals before and during war with Croats, after war lived in Croatia and wasn’t extradite untill new government after Franjo death was elected .

During Yugoslavia there was company Agrokomerc (one of the biggest food companies in Yugoslavia) which he was director ,emplyoing 15,000 workers, him leading agrokomerc turned Velika Kladuša and the surrounding regions from one of the poorest in Yugoslavia to one of the richest.

Velika Kladuša was at one point called “the Switzerland of Yugoslavia,but now its nothing in comparing to its time

He was called “Babo” from locals as he vastly improved area.