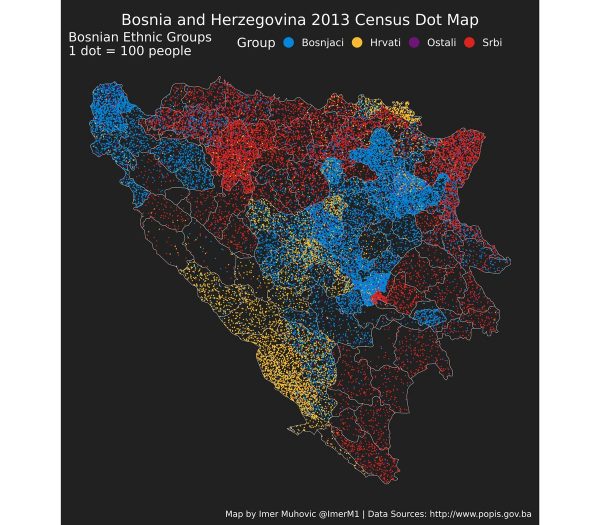 I am a Croat from Bosnia (Herceg-Bosna) and we already have a common identity as Bosnians. The issue is that most westerners don’t understand what that means for us. For me as a Croatian being Bosnian is like a Croat in Dalmatia being Dalmatian or a Croat from Slavonia being Slavonian. So Bosnian for us is a regional term for our identity , a person from New York would be a New Yorker but American above that regional identity.

I would assume that the Serbs also have such views of being Bosnian but with Serbia as their homeland.

The Muslims (bosnjak) if they had Turkey as their neighbors might well identify with them as their core. They would even more so cling to and express those cultural traits. (As any people are influenced by their surrounding)

The issue is that westerners confuse the terms Bosnian and “Bosnjak” , the later being a new-made term for the Muslims of Bosnia. The problem with Bosnia is that there are three constituent people each with their own history and origin-myth. Croats view Muslims as not much more than Converted by ottoman circumstance, Serbs as interlopers that came to Bosnia due to Ottoman oppression and Austrian policies.

Whenever I visit Bosnia and Croatia , having lived most of my life in Sweden, I do notice that I feel more so at home with the people in Bosnia and in the land and atmosphere there.

The solution is not breaking down cultures and identities but rather the Bosnjaks understanding that they can not rule over BiH. Their neighbors are not Turkey but Croatia and Serbia. BiH should become deeply decentralized and each people have their own regional governance. (With equal rights) Three entities: Croat majority Herceg-Bosna, Serb majority republika srpska and muslim majority Bosnjak entity. Three regions inside a decentralized country without an army. As things stands now the country is at the edge of failing, because the Bosnjaks are trying to centralize power and even pervert the voting in Bosnia by having them also vote for the Croatian president of the federation. The system is broken and if no true respect and equality is realized even a war might break out for the detriment of us all.

End of the story!
BiH is one thousand years Croat historic land!