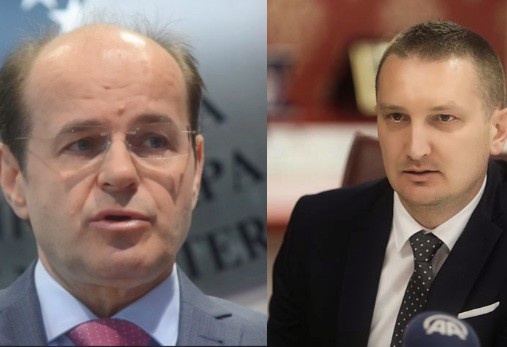 MOSTAR –  Bosnia and Herzegovina’s Justice Minister Josip Grubeša (HDZ BiH) described as malicious on Friday the motion by Civil Affairs Minister Adil Osmanović (SDA) asking the country’s ombudsman to launch proceedings before the International Tribunal for the Law of the Sea in Hamburg to challenge the construction of the Pelješac Bridge by Croatia.

Grubeša said in an open letter that Osmanović was attempting to shift public attention from the fact that Croats in Bosnia and Herzegovina were being outvoted, underscoring that the initiative to prevent the construction of the Pelješac Bridge was, in fact, an attempt to downplay Croatian Prime Minister Andrej Plenković’s initiative before EU institutions.

“Your act… was aimed at downplaying Mr. Plenković’s recent address in EU institutions with regard to Bosnia and Herzegovina’s general election and election engineering whereby Bosniaks elected the Croat representative to the state presidency and the concern expressed by officials about that and about the forthcoming political crisis in Bosnia and Herzegovina,” Grubeša said.

Recently Osmanović called out the ombudsman’s office and warned of possible criminal responsibility if it didn’t launch proceedings before the International Tribunal for the Law of the Sea to stop the construction of the Pelješac Bridge until an agreement on the sea border was reached and a corridor ensuring Bosnia and Herzegovina free passage to the high seas was established.

The EU-financed Pelješac Bridge would connect Croatia’s southernmost peninsula of Pelješac with the mainland and it would be built off Neum, a port town on Bosnia and Herzegovina’s short coastal stretch.

Grubeša believes that this was just a political spin to turn public attention away from the current political situation following the October 7 general election. He accused Osmanović of deliberately discrediting the ombudsman’s office which is headed by a Croat and insinuating that the institution doesn’t know its job or is intentionally not doing it to cause harm to the country.

Grubeša believes that Osmanović’s initiative should have been addressed to the Council of Ministers, of which he is an equal member. Unilateral moves bypassing institutions and statements like those made by Prime Minister Denis Zvizdić (SDA) cannot yield positive results but instead deepen disagreements between two constituent peoples – Croats and Bosniaks, says Grubeša.